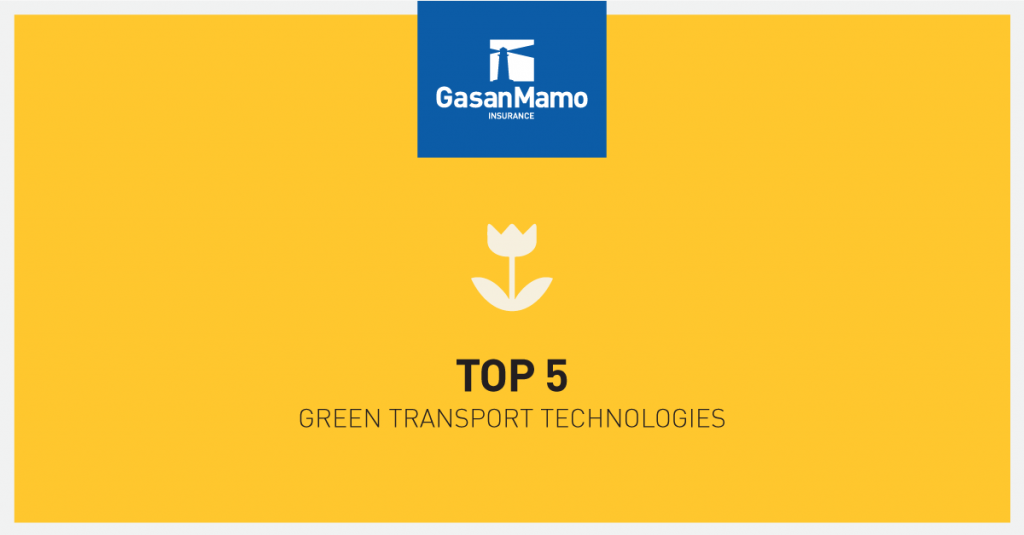 Magnetic levitation, or Maglev for short, is a great technology which has been around for some time, yet it is still a novel, wonderful idea. This green transport involves floating train cars above a track using opposing magnetic forces. The magnetic force in a Maglev track is activated and powered by electricity, whereas the undersides of the cars themselves have super-high-strength magnets to ensure that the cars float seamlessly above it. Seeing as there are no mechanical parts touching one another, this means that there is little to no wear and tear, drastically reducing maintenance costs. In addition, due to the system being frictionless, tremendous speeds can be reached, which in turn means vastly-reduced journey times over conventional railroads.

Being able to run a private car that emits only water out of its exhaust was until very recently something out of the realm of science fiction. All that has now changed with the advent of hydrogen fuel cell technology. In layman’s terms , energy for running a vehicle is generated as a result of fusing hydrogen and oxygen molecules together in what is known as a hydrogen fuel cell. Although fossil fuels are used to produce hydrogen for fuel cells at present, it is certain that new ways to produce it will be developed in the near future which bypass the use of fossil fuels entirely in use in this green transport. The first mass-produced hydrogen-powered cars are scheduled to come to market in 2015.

The Land Airbus concept, which was initially developed by a Chinese company in 2010, is an amazing way of alleviating city traffic. This green transport technology involves large, train-like vehicles which sit on stilts connected to either side of a road way, allowing for regular traffic to flow underneath. The Land Airbus doesn’t only provide far more carrying capacity than regular buses do – a single Land Airbus would replace 40 conventional buses – the design is also incredibly green, being powered by solar panels atop its roof and taking power from the municipal energy grid from connections rooted in the roadway. In fact, the each Land Airbus deployed in a city would save 860 tons of fuel annually and prevent over 2,600 tons of annual carbon dioxide emissions.

The world’s most advanced monorail design created to date is courtesy of British company Frazer-Nash. The Metrail, as it is called, recharges itself from an on-board power source and regenerative energy charging. It also draws energy from the domestic power supply. City or national governments who look to buy into the system can also specify having solar panels placed on the roof of theMonorail’s cars. The design can also negotiate very tight curves while keeping passengers comfortable, and it is also minimally invasive seeing as it is able to fit in existing urban corridors without the need for masses of infrastructural support.

Adelaide, Australia is a city which has wholeheartedly embraced solar power, with usage increasing by ten times during in the space of a couple of years. The city recently took the unprecedented step of powering its entire public transport system through solar. The Tindo buses charge up at Adelaide Central Bus Station before making their way around the city as they do not have solar panels incorporated onto their roofs. Each Tindo is able to cover 200km between recharges. These green transport vehicles also have regenerative braking systems, which means that energy lost due to braking is harvested and re-used. This feature alone means the buses gain another 30% in efficiency.  In just their first six months of operation, the buses saved the city some 14,000 litres in fuel.