Home » Blog » Things to do in Poland 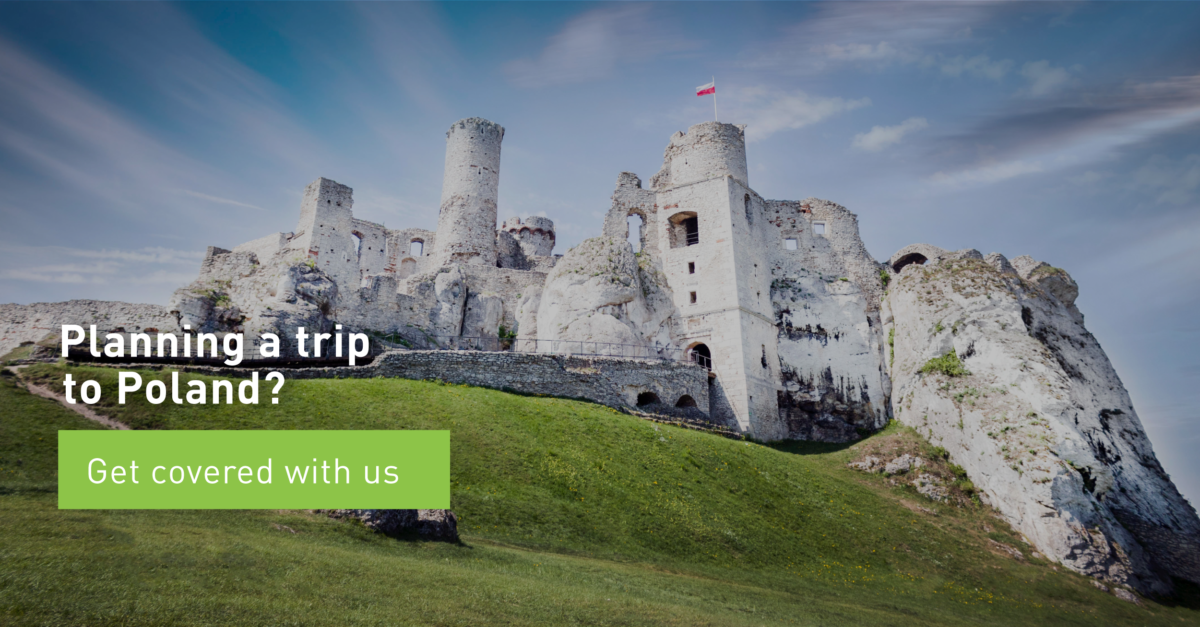 Poland is a country located in the middle of Europe. There is much to see and do in Poland.

In Poland there are many old cities, bustling modern cities, 23 national parks and beautiful sights.

We’re outlining our favourite sights in the top 3 cities which are worth a visit when you travel to Poland.

Krakow: one of the oldest cities

Krakow has a lot to offer since it’s one of the oldest cities in the whole of Poland. Visit Wawel castle, which dominates the appearance of the city and the old ghetto Kazimierz where many Jews lived.

Rynek Square is the centre of Krakow. It is divided in two by the Sukiennice and surrounded by palaces and medieval houses.

Nowadays there are shops, cafes and restaurants in these buildings. It’s a meeting place for the inhabitants of Krakow who enjoy themselves until late at night in the summer.

The Sukiennice was built in the 16th century by Italian architects and still dominates the market square. You can buy all sorts of things in an atmosphere that looks oriental. On one of the walls hangs a large knife that in the past was used to cut off thieves’ ears.

Around the old town of Krakow is a green area with trees and fountains. It’s a nice place to rest from walking in the city.

In the north are still parts of the old city walls preserved and the bastion Barbakane. It was built in 1499 in an Arabic style. The Florianska, a gateway to the city, is still there.

Warsaw: the capital and largest city

The Polish capital had the reputation of a gloomy city in the west during the communist era. Nothing could be further from the truth: Warsaw has a beautiful historic centre and numerous fine parks.

Warsaw was largely destroyed during the Second World War, but in the 1950s the Poles rebuilt the city according to the old city plans. If you didn’t know better, you wouldn’t see that the old centre of Warsaw (Stare Miasto) is only sixty years old.

The city also has many beautiful monuments, including Lazienkipark. At the entrance of the park you will be welcomed by a statue of the famous Polish composer Fryderyc Chopin.

There are also several parks in the park, including the Water Palace on an island in the lake, the Chopin Museum, the Museum of Modern Art and a theatre.

On Sundays you can enjoy classical music performances in the park.

A building that you can’t ignore in Warsaw is the Palace of Culture from the time of Stalin. This 227-meter-high skyscraper in typical communist style is abhorred by many Poles.

The Jewish museum stands on the site of the former Jewish ghetto, near the famous monument of the Heroes of the ghetto.

The Holocaust is of course discussed, but the museum explicitly wants to offer more. Not only the Second World War, but also the thousand years of Jewish-Polish history before and the seventy years after that form the main part of the collection.

The museum will organise exhibitions, lectures, summer courses and cultural events. The museum has eight galleries with a total area of four thousand square meters.

On the outskirts of Warsaw is the Wilanow Palace, built between 1677 and 1696 in Baroque style and one of the few buildings that came undamaged by the Second World War.

Lodz was a grey textile city, but now the creative capital of Poland. The link with fashion remains with an impressive textile museum and two international fashion events.

In the meantime, the city has for many years been a film city with a real Boulevard of Fame where famous Polish film stars and directors get a star and an international film festival.

Manufaktura is the best example of a former factory that now has a completely different destination. The huge building houses 240 shops, boutiques, restaurants, bars, a theatre, a cinema and museums.

The villas and art nouveau houses and palaces of the former textile barons that you can see especially along the shopping street Piotrkowska make Lodz a special city.

Piotrkowska is the longest pedestrian street in the world with a length of five kilometres.

Travel Safe with Us

There is so much more to see of Poland than just these three cities. Have fun exploring Poland but be sure to take good travel insurance and prepare yourself for the trip.

Look at our Travel Insurance to put your mind at rest if something happens while travelling in Poland.

Read our article about why you should visit Thailand.