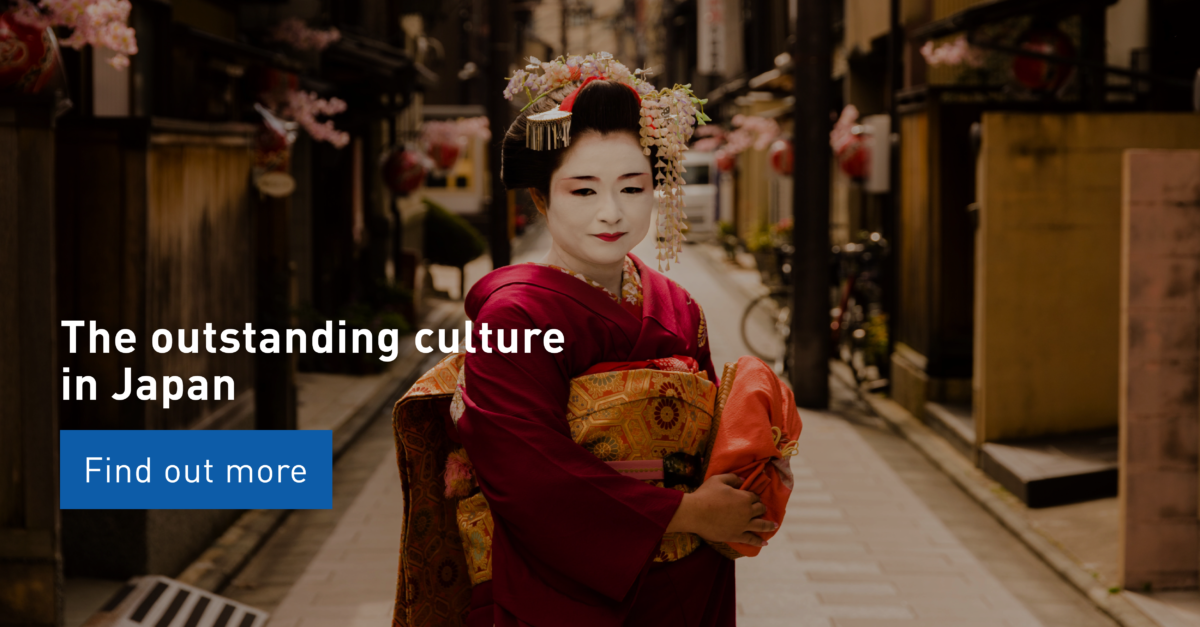 Many people are born in one area of the world and do not dare to cross to another, more different,diverse or exotic area of the globe. People seek comfort and it is uncomfortable to venture into the unknown.

But the world has a lot to offer, and it would be a shame if one does not explore it as much as they can. In every part of the world, there is beauty and culture to be experienced.

Do not simply travel just for the escape of routine, travel to learn and educate yourself on the variety that the world has to offer.

Here we will be discussing the beautiful and interesting culture that Japan has to offer.

Local cuisine is always a good place to start when discussing culture. Japanese food has a lot more to offer than merely sushi.

Obviously, you can expect to find some of the best sushi places in the world due to its origin and popularity.

But, the Japanese are very enthusiastic when it comes to food. Several towns in Japan are known by their local speciality because the food is one of the prime influencers and motivators for travelling.

Japan has a massive variety of fruit and vegetables and a plethora of noodle dishes whilst also competing very well against France when it comes to pastries.

Some might say that Japan reigns supreme when it comes to pastries, but that is up to debate.

Kobe beef is a delicacy in Japan and is known all around the world. The beef is produced by cows who are raised in a strict tradition in order to provide a wonderful outcome of flavours.

Eating out is also an experience in Japan, so make sure to try it out along with all the delicacies that the country has to offer.

Throughout most of the year, the theatre you will be watching will be Kubaki – one of three main traditional theatre genres in Japan.

Kubaki stars form part of Japan’s celebrity culture and it will not be surprising to see their faces on billboards and advertisements.

Japan has preserved a lot of its traditional theatre forms, but balance is key, and they have an impeccable vibrant modern theatre as well.

Japan is also home to the manga and anime scene, which is massive in the country and famous all around the world. Manga takes up a large portion of the publishing industry in the country, and these books have several themes such as romance, action, science fiction and adventure. Some of the most famous mangas include Dragon Ball, Death Note Bleach and Astroboy.

Once a certain manga has risen above the rest and proven to be a favourite; or shows which showcase a certain level of potential, will progress into becoming anime which is an animated TV series. Mangas are obviously not the only source for inspiration –  Pokémon started as a video game for Nintendo before it ever became a manga.

Hayao Miyazaki is a famous name in the country too for his animation studios, called Studio Ghibli; which is famous for films like Spirited Away which won an Oscar for best animation, Princess Mononoke and My Neighbour Totoro along with other famous animations under their belt. The films found some worldwide notoriety after being dubbed into several languages.

Their gardens are a demonstration of Buddhist influences. Many aspects from the garden have religious significance pathways lead to enlightenment, while the soil represents fertility and the nature of the nurturing mentality of the Buddha’s mind. Make sure to visit some of these gardens while on your trip to Japan, because they are truly a marvel.

Japan has a lot to offer the world and one should make time to travel there, experience their culture, learn and be open to new ideas. Japan has a place in everyone’s heart and it is a very welcoming country, with the people being extremely friendly and kind. If you are looking for travel insurance, we have got you covered, so you can always rest easy and be assured that if anything happens you are covered!