Home » Blog » On The Road With The Penalty Point System 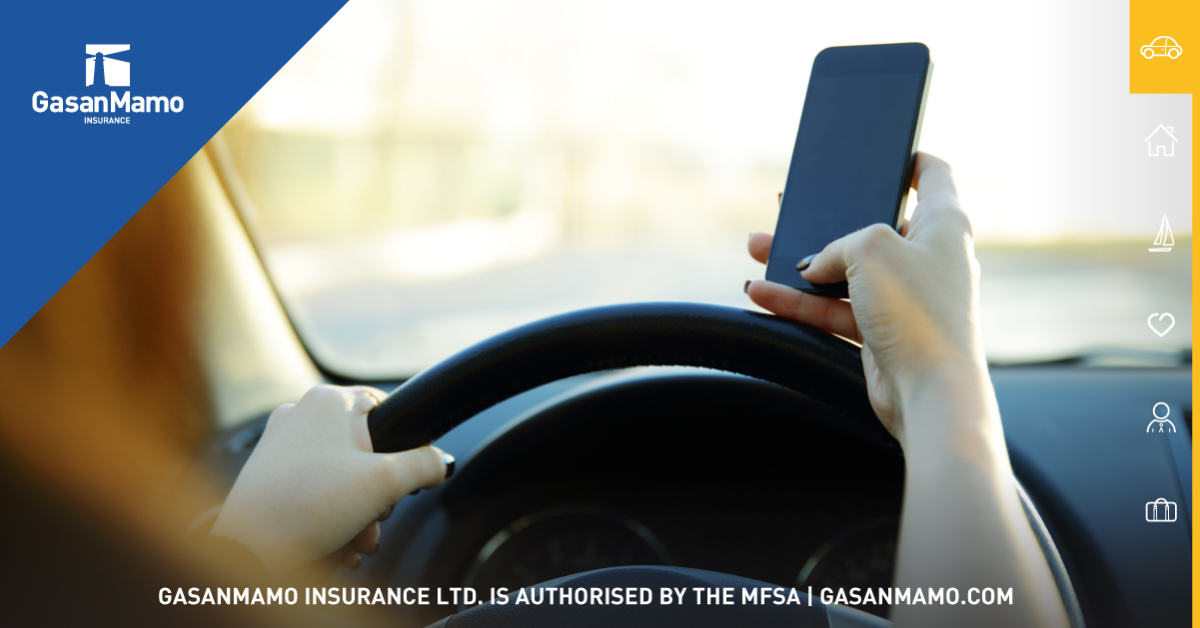 Whenever we get in our cars to make a journey, it is important to keep in mind that safety is paramount. The way we drive affects not only us but other road users and pedestrians around us too.

The fear of losing one’s driving licence should not be the main reason for us to be careful when driving on the road.

Driving safely should be a priority because it is the right thing to do to keep both ourselves and the people around us away from harm.

Each country has its own set of rules and guidelines to ensure that everyone stays in line with proper driving procedures, and penalties for when these rules are broken. Being familiar with these rules and regulations will further help you to drive safely.

Forewarned is forearmed, so here is some key information about the recent changes in the Maltese penalty point system, so that you can be one step ahead, and more mindful on the road!

How Does It Work?

The recent changes in the regulations have extended the penalty point system to all drivers, as previously it applied only to new drivers. It is a clear, easy to follow system which allocates demerit points according to the driving offence committed.

When a driver has accumulated 12 demerit points within any 12-month period their licence is revoked for 2 months.

If the licence is revoked:

This system is aimed at reducing the number of repeat offenders while supporting those who take proper care to be alert and who drive safely. It also has the advantage that if you make one single, genuine mistake, you have the opportunity to rectify it without immediately losing your licence.

The system works by assigning points to various offences, which also ensures that those who are consistently driving dangerously and not following driving regulations quickly accumulate points and are, as a result, prevented from driving, thus helping ensure the safety of other road users.

The full detailed table with all 29 offences can be viewed on the LES website: https://les.gov.mt/StaticPages/ContraventionsPenaltyPoints.

In some cases a range of points is shown, this means that if one admits the offence and pays the contravention the minimum number of points are allocated.

If one contests it, then it is up to the adjudicator to allocate the number of points within the range.

If it is considered that there was a serious breach of the rules than the highest number of points in the range can be allocated.

Failure to stop after an accident: 5-10 points

Using a vehicle with defective brakes, tyres or steering: 3 points

Causing or likely to cause a danger due to an overload of passengers: 3 points

Reckless, negligent, dangerous driving, manslaughter or culpable homicide while driving, death by dangerous driving, drink or drugs, driving or being in charge of a vehicle whilst over the alcohol limit, driving whilst unfit to do so through drugs, failing to provide a specimen to police: 3-11 points depending on the scenario.

Driving without a licence, driving while disqualified, non-renewal of road or driving licence: 3-6 points

Emission of loud electronic sounds from a vehicle, using a mobile phone whilst driving, driving without a seatbelt, driving while wearing headphones or similar: 3-6 points

Exceeding speed limits or regulations for types of road or vehicle, contravention of pedestrians: 3-6 points.

It is important to note that almost in all cases the driver must have been stopped and informed of the alleged offence by the enforcement officer (police, local warden or Transport Malta official).

The only exception relates to speeding offences when these are caught by a speed camera.

For the points to actually be added on the driver’s record, he or she must admit the offence and pay the contravention or else is found guilty by the Court of Magistrates or by the Commissioners for Justice.

As regards speeding offences caught on a speed camera, the charge will be issued against the vehicle’s registered owner.

If the driver at the time was someone other than the registered owner, then there is a system in place through which the charge can be transferred to the driver after a declaration is signed.

If you have a vehicle registered in your name which is mainly used by another person, you may declare this beforehand on the LES website, so that contraventions are charged to that person automatically.

This would also apply to parking contraventions which are not subject to penalty points. The aim of the penalty point system is not to scare people into becoming better drivers; this would be an ineffective system.

Instead, it allows drivers the opportunity to rectify their mistakes and, in the case of repeat offenders, to receive education, training and re-testing to ensure that their knowledge and understanding of driving safety is fully up to scratch.

In fact, there is a very fair way through which a driver can half the accumulated points by taking a safety awareness course, which is electronically based.

They must also then pass a test issued by Transport Malta which is based on this course. A person may only take this course once every two years.

In addition, there is also a system for an advance warning, when one reaches 9 points a letter warning them that they are approaching the 12-point limit will be received thus making them aware that they need to be very careful and to improve their driving.

In conclusion, these changes can contribute in a substantial way of making driving in Malta safer for all concerned!

So, whether you are a new driver, or an experienced one, you can play your part in making sure to take proper measures to ensure the maximum safety on the road, for you and the people around you.

And be sure to get appropriate motor insurance which you can find here at GasanMamo and if you’re between the ages of 18-24 you can get a discounted rate on your car insurance with Boosh.

Let’s share the awareness and encourage safe driving at all times!