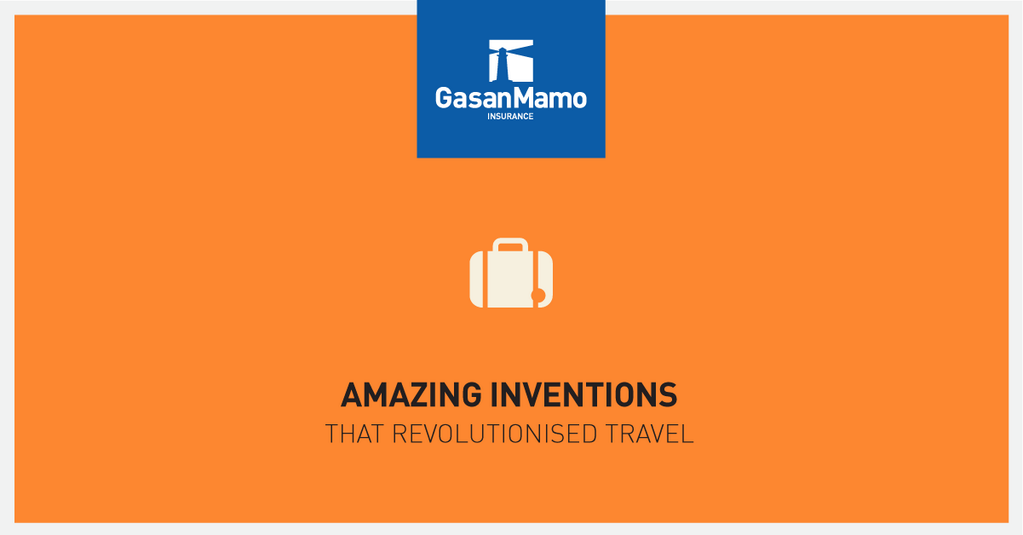 The jet engine was invented by Englishman Frank Whittle, and patented in 1932. The very first jet engine ran in 1937, and the Gloster Meteor was the first jet-powered fighter plane. It went into service in 1943. The passenger jet age, which is still going strong today with no end in sight, began in the 1950s, with the advent of the DeHavilland Comet, the very first commercial airliner to be powered by jet engines.

Hotel key cards have been around since the 1950s, and have become standard fare in travel accommodation throughout the world ever since. They are smaller and lighter than conventional keys, so you can pop them in your wallet without problems. In addition, remote cancellation can be effected should a key card be lost. Hotels have become much safer places as a result.

To this day, there is no global standard for an electrical plug – in fact, there are 12 common types in operation throughout the world, making using a device, with a European plug for instance, a nuisance when trying to use it in North America. A universal travel adaptor does away with these woes, enabling you to travel anywhere and be able to plug in the device of your choice.

Standing in airport queues waiting to check in on your flight is one of the scourges of modern-day travel. Luckily this has been alleviated somewhat over the past 15 years or so thanks in no small part to the internet. Most airlines now give you the option to check in up to 24 or 48 hours before your flight leaves, meaning that all you need to do is check your bag in once you get to the airport.

Karl Benz, a German engineer, is attributed with the creation of the modern automobile, or car. It was developed in the 1880s and some 25 examples were sold through the end of that decade and into the beginning of the 1890s. The first mass-produced car was the Ford Model T, which went into production in 1914. The car is the one invention which made the world mobile as never before. There are now over 1 billion cars in the world.

The advent of global positioning systems, or GPS, has made navigation that much easier. It works by relaying information from satellites orbiting planet Earth to pinpoint exact coordinates of where an individual’s location is. Midway through the second decade of the 21st Century, GPS is now pervasive in smartphones and cars, allowing easy access to information on how to get from Point A to Point B without needing to resort to a map.

Although the concept of a railway has existed since antiquity, the train as we know it today came into being with the advent of the steam locomotive, which was invented in the early 19th Century. The train allowed for less risk in the movement of goods than shipping did, because ships were prone to sink on occasion. Railways also allowed large countries, such as the USA, to link various urban areas and drastically reduce travel times over vast distances. The train was a key driver of the Industrial Revolution and is still crucial for the movement of masses of people and goods today.