We  wish to inform our clients, that all our offices are going to be closed on Monday 20th and Tuesday 21st September 2021.  Business as usual as from Wednesday 22nd September 2021. Thank you 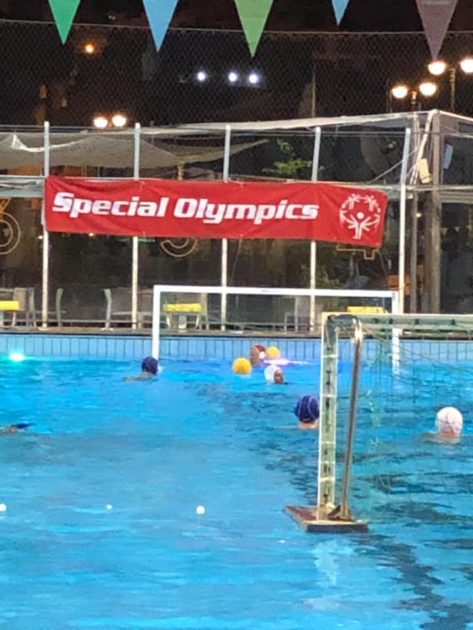 One of Malta’s leading insurance companies, GasanMamo Insurance, have recently contributed their support towards a 24-hour water polo marathon which was organised at Neptunes Water Polo Sports Club on the 21st September 2019, with the aim of raising funds for the Special Olympics in Malta.

The collaborative fundraising initiative was the first of its kind held locally; and was organised under the direction of Mr. Tim Camilleri and Ms. Mariella Erdogan. The two took an avid interest in raising funds to grow the sports programme offered by Special Olympics Malta, with an aim to be able to send athletes abroad to take part in more large-scale competitions.

“Supporting community initiatives is one of our core values, ingrained in all employees at GasanMamo,” said Julian Mamo, Managing Director. “We endeavour to support local community initiatives whenever and however possible. After all, it is only through the support and dedication of our loyal community that we can boast a track record of success – so it’s only right that we find ways to contribute something back”.

The event saw over 300 players participating in 24 games over 24 hours – scoring a collective 610 goals. The water polo marathon truly united the community, with participants as young as 9 years old, as well as players over the age of 80 taking part. The opening game was played by Special Olympics Malta athletes, and the event was attended by Hon Dr. Clifton Grima, Hon Dr. Anthony Agius Decelis, Hon. Robert Cutajar, Ms Rhoda Garland obo the Commission for the Rights of Persons with Disability, Mr. Ivan Grech obo Marigold, Ms. Jennifer Xuereb obo of Mrs Michelle Muscat, Ms Anna Calleja and Timmy Camilleri. A short video by Mrs Muscat was also screened to the public.

The Special Olympics were established in Malta in the year 2000. They currently offer services to over 1800 special needs athletes, who receive professional year-round training. Special Olympics Malta also push their athletes to participate in large-scale sporting events and Special Olympics Programs around the globe.

“We believe that Malta has a vast pool of talent across many different fields of discipline such as art, sport and music; and the fact that we’re able to support local talent indirectly is immensely gratifying,” added Mark Mamo, General Manager.

The fundraising event was a massive success, gathering a large amount of media attention and raising a substantial amount of funds from various participating water polo teams, as well as from the backing offered by individuals and companies alike who supported the event.

Plans for next year’s event are underway, and contributions to the cause are still being accepted on the below account details or phone numbers:

GasanMamo Insurance ltd. is authorised by the MFSA