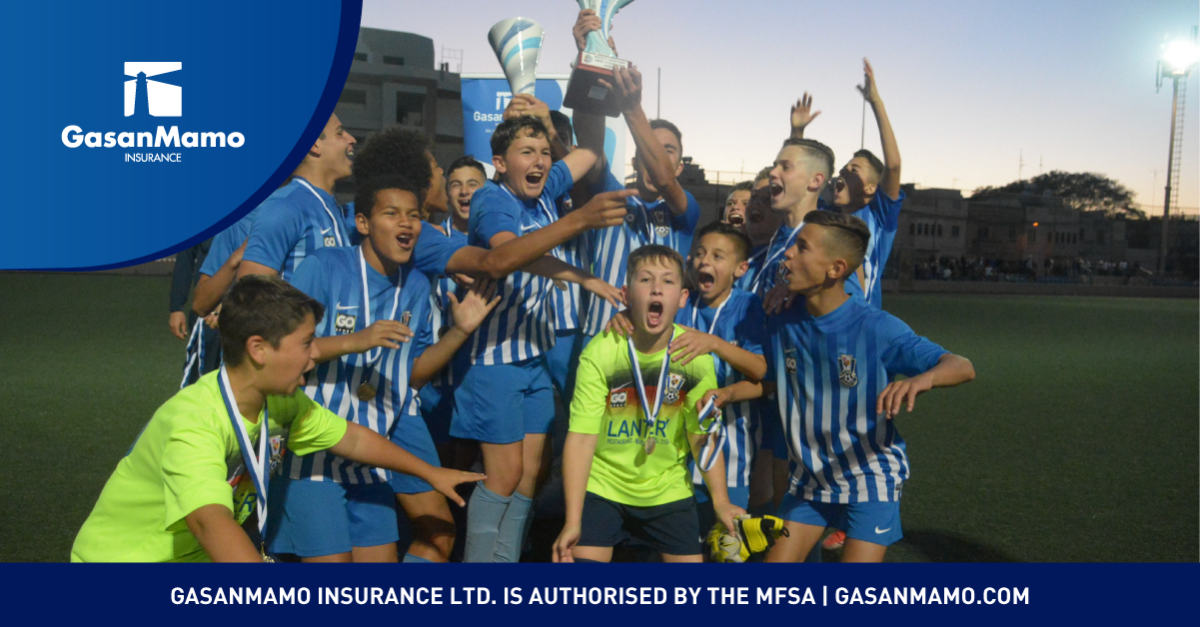 On Monday, 20th May Pietá won the final and decisive match after beating host team, Mosta 2-1 in another highly intense and entertaining encounter. Ironically both sides didn’t finish first in the group table league. Pietá placed second in Group A, on goal difference with Floriana claiming the top spot. Luxol won Group B, with a two-point advantage over the second placed team, Mosta. Prior to the final, Mosta won the semi-final match 2-1 in extra time against Floriana whereas Pietá outclassed Luxol with an excellent performance and defeated Luxol 3-0.

On the day of the presentation night, the President of Mosta FC, Mr George Galea had words of praise for all the participating teams and for GasanMamo, official sponsor of this year’s tournament. The latter has been an important partner for Mosta FC in helping them to nurture talent amongst the children and youths attending this football academy.  Surely, this is considered as an important development for our kids, and which will make them stronger both from an educational and football aspect.

“Our greatest aim is to encourage, motivate, support and offer change to our local community. Hence our backing towards Mosta FC confirms our productivity and dedication to plan and implement comprehensive and versatile corporate responsibility programme. We are committed to extend our support to this type of initiatives,” said Julian Mamo, Managing Director at GasanMamo Insurance.

The insurance firm has been sponsoring and supporting Mosta Football Club Youth Academy since 2005. For the past 14 years, GasanMamo and Mosta FC worked in partnership to increase the participation of children in football, particularly the increase of young girls. GasanMamo believes in helping youth develop through sports and in the beneficial qualities that are derived from discipline and team play.