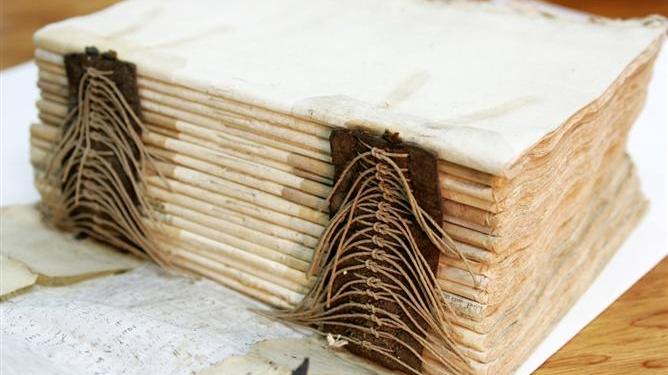 As part of its CSR policy, GasanMamo have embarked on a long-term restoration project aimed at restoring several volumes of deeds and documents at the Notarial Archives in St Christopher Street, Valletta. GasanMamo will be entering into a three year contract with the Acting Chief Notary to Government, who is also the Keeper of the archives. Funds will go towards crucial restoration needed especially to the binding of volumes of documents that have deteriorated over the years having been stored in damp spaces and other inadequate places where they even suffered bombing raids and other misfortunes through the years.

“GasanMamo are very proud to form part of such a valid project,” said Julian J.Mamo, Director at GasanMamo. “The Notarial archives is literally a treasure chest of information about life in Malta and our rich history. These documents provide a unique insight into the everyday activities of daily occurences in Malta. They offer us a glimpse into life in the past and throw light on the important elements of life over a span of at least six centuries. Preserving them for posterity is desperately needed and we are proud to be involved in such a project as it leaves a lasting effect that many will benefit from.”

The Notarial Archives, serve as a repository for over 20,000 registers containing notarial records holding some of the oldest records that showcase the fabric of life in Malta during some of the most interesting and turbulent times in our history. Some of the holdings at the Notarial Archives date back to at least the fifteenth century and deserve conservation because they are an incredible link with the past and provide valuable information about Maltese society throughout the last 500 years.. Set up by Grand Master Lascaris in 1640, the Notarial Archives date back to the times of the Order of the Knights of St John yet the oldest notarial volume preserved there is the one authored by Notary Paolo Bonello which dates back to 1467. Notary Salvatore Ciantar is listed as the first Archivist.

Joan Ablea, founding member of the Notarial Archives Resources Council and an active volunteer at the Notarial Archives thanked GasanMamo for their support. She underlined how important the deeds deposited at the Notarial Archives were for providing new insights into Maltese historical studies. The rehabilitation of the archives has even provided for easier accessibility and the archives are utilised by Maltese and foreign students, scholars, historians and researchers. She also explained the difference between modern book binding and the complex bindings of notarial volumes, which, due to practical reasons needed to be highly flexible notwithstanding their bulky composition. Many of the bindings are made of parchment, string and leather which are all susceptible to wear and tear, and eventual deterioration. The archives also hold a splendid collection of recycled illuminated parchment bindings which once formed part of priceless illuminated manuscripts, such as the L’Isle Adam choir books. She said that through the GasanMamo sponsorship the existance of these priceless volumes, which constitute both a national treasure and a world heritage collection, will be ensured for many years to come. She also hoped that other sponsors would follow in the footsteps of GasanMamo since the archives require immediate attention to stop the deterioration process.