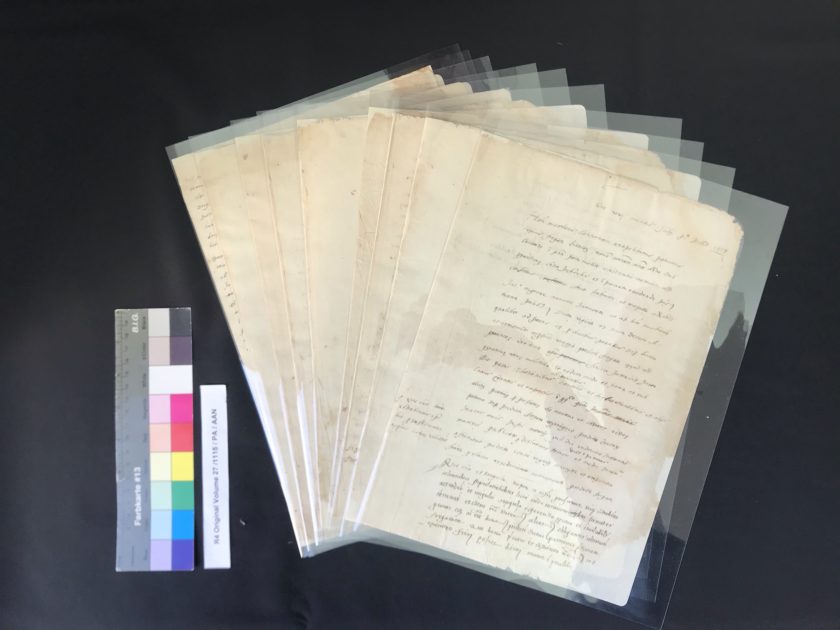 GasanMamo Insurance is once again making a donation to the Notarial Archives Foundation to ensure the preservation of Malta’s paper heritage housed at the Notarial Archives within the Office of the Notary to Government. The conservation of an important sixteenth-century notarial volume pertaining to Notary Placido Abela is of extreme historical importance as it is the only extant manuscript containing the original deeds of Notary Placido Abela.

This donation formed part of the ‘Adopt a Notary’ scheme set up by the Notarial Archives Foundation (NAF), which seeks to raise awareness about and preserve for future generations the collection of the Notarial Archives at 24, St Christopher Street, Valletta. The company donated a total of €14,160 for the preservation of this sole but unique manuscript.

Notary Placido Abela’s volume contains original notarial deeds that date to 1557-1560 and thus constitutes outstanding primary source material for the first years of Hospitaller rule of the Maltese islands. In its folios, one may encounter key historical figures of Maltese history, such as Grand Master Jean Parisot de Valette (r.1557-1568) and the Knights Mathurin Romegas and Guglielmo Couppier. Notary Abela’s original volume contains contracts of varying nature, including the leasing of property and the selling of slaves, revealing a fascinating glimpse into Maltese sixteenth-century society.

The manuscript suffered a lot of damages over the years, namely due to water infiltration and insects. It was also rebound in the twentieth century with an acidic stiff board and cloth cover. As a result, thorough surface cleaning and paper repairs had to be carried out. Conservation was entrusted to book and paper conservator Alejandra Molano-Contreras under the supervision of Dr Theresa Zammit Lupi, Head of Conservation at the NAF.

This conservation project was of particular importance as it also included the preservation and inclusion of approximately 190 extra folios that were original deeds drawn up by Notary Abela, also bearing the dates of 1557-1560, which were found as loose documents during sorting activities at the Notarial Archives, which were spearheaded by the NAF. Given the large volume of extra folios found, it was decided that the volume would not be rebound. Instead, all contracts were placed in separate Melinex sleeves, which were labelled and kept in chronological order in archival clamshell boxes: not only would this facilitate access for researchers, but it would also permit the future insertion of further loose documents pertaining to Notary Abela and this period.

The Minister of Justice, Equality and Governance, Dr Edward Zammit Lewis congratulated the Office of the Notary to Government and the Notarial Archives Foundation for their sterling work to conserve the notarial acts. These have historic, cultural and legal value for all the Maltese and Gozitan citizens, especially for future generations to understand better and appreciate one of the first-born professions in our country, that of the Notary Public. The Minister concluded by thanking GasanMamo Insurance for their financial support.

Dr Keith F. German, Chief Notary to Government and Keeper of the Notarial Archives, welcomed the donation and thanked GasanMamo Insurance for all their help. He said that such donations from the private sector assist the Government in its vision for the Notarial Archives, particularly in the light of the rehabilitation project led by his Office at the Archives co-funded by the ERDF.

Dr Joan Abela, President of the Notarial Archives Foundation, said that this project is another example of how the NAF strives to live up to its reputation of delivering excellence in research and conservation practice. GasanMamo Insurance has been the NAF’s partner from the onset and their contribution to save Malta’s incredible paper heritage is to be lauded. Dr Abela hopes that other organisations follow GasanMamo’s example, as the NAF is at present struggling to fund its numerous projects.

Julian Mamo, managing director for GasanMamo, added that this long-standing relationship with the NAF further confirms that the insurance company continues to be committed to the restoration and safekeeping of Malta’s heritage. 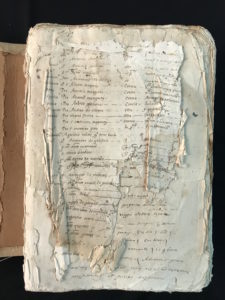 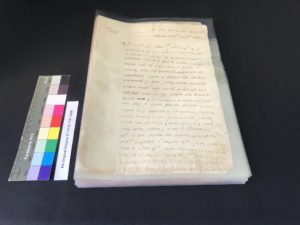