Home » News » Celebrating the heroes amongst us 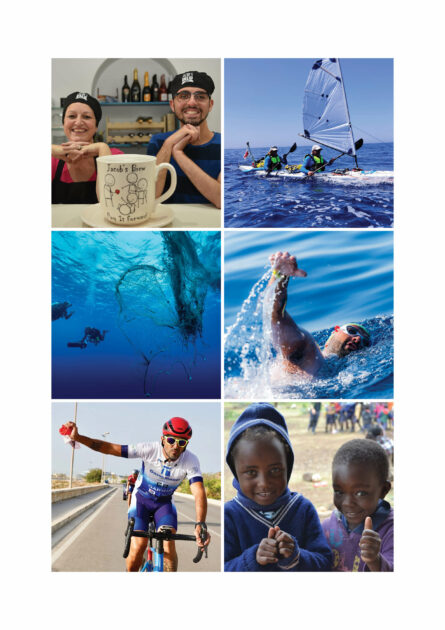 Among the numerous things the pandemic has brought to light, it’s that not all heroes wear capes. There are thousands of ordinary people (heroes) doing extraordinary things and serving the public without fanfare. All these heroes have in common, is a desire to help and a belief that they can be the change they want to see, by helping make life easier for those who need it. This year, GasanMamo Insurance chose to honour some of these remarkable people in the company’s annual calendar.

As a leading insurance company, GasanMamo provides peace of mind to its clients, alongside a sterling service. The company also has a long-established reputation of operating in ways that work towards the greater good, implementing a strong socially responsibly strategy built on the pillars of environment, conservation, and youths. For over twenty years the company has consistently supported local communities and NGOs who work on the ground to help the more vulnerable.

So, for 2022, GasanMamo wanted to celebrate some local heroes and changemakers – People who go through incredible lengths, harnessing a talent and using it for the benefit of others. These changemakers have invested everything into shedding light, even shifting mindsets on society, the environment, animal welfare and children both locally and overseas. Directing that level of commitment to others is what makes their dedication so admirable.

From Malta’s very own superheroes Fabio Spiteri and Neil Agius, and the indefatigable Kayak for charity team who broke records and set new boundaries with their grit and endurance, to NGOS like Zibel and Right2smile, which work tirelessly to make a difference, and a mother’s courage and willpower that built the foundation for Jacob’s Brew, the little coffee shop with a big heart, the calendar shines a light on brave humans whose determination and endurance are so inspiring.

As part of this year’s CSR strategy, GasanMamo Insurance has also partnered with Jacob’s Brew to help launch an exciting concept that will see the Jacob’s Brew team spread its positive message to pay it forward around Malta and Gozo. The notion behind the Pay it forward initiative is to reward someone’s kindness toward you by being kind to someone else. The idea being, that rather than hoarding the kindness for yourself or confining it only to a small circle of people, that goodwill is spread out to affect as many people as possible. A simple yet effective concept that has the capacity to spread more kindness in a world that increasingly needs it.