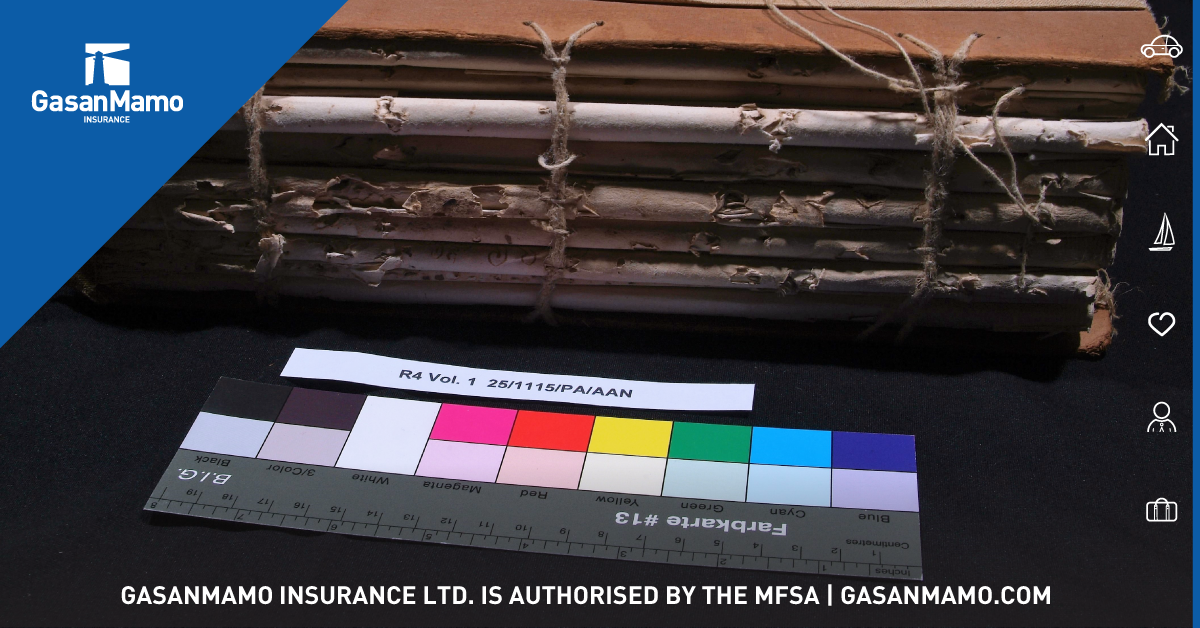 During the year in which Valletta is celebrated as European Capital of Culture, GasanMamo
Insurance have continued supporting the Notarial Archives by sponsoring the second volume
of Notary Placido Abela, a notary whose volumes contain important contracts related to
Valletta. Undoubtedly this is another gesture of goodwill by Malta’s leading Insurance
company to celebrate this special cultural year for Malta and our capital city.

Placido Abela is one of the earliest notaries found at the Notarial Archives. His acts cover the
years 1557 to 1595, however, only four of his volumes have survived. His clientele included
several Knights, including Grand Master de Valette and the famous corsair Romegas, as well
as members of the higher clergy, such as Bishop Cubelles. Apart from contracts referring to
corsairing, the sale of slaves, wills, debts and work contracts, Placido Abela was involved in
contracts involving the allotment of land on Mount Sceberras, which was to become Valletta.

The acts in his registers between 1569 and 1578 contain precious information on the first
buildings, residents, and street names in Valletta, and include important names such as
Francesco Laparelli and Girolamo Cassar. Thus, these documents contain invaluable material
for the study of urban development and are highly relevant to the history of our capital city.
The conservation treatment of these volumes is a top priority especially in the light of
Valletta’s role as European City of Culture in 2018.

“The conservation treatment of the manuscript required various interventions, such as
extensive paper repairs, consolidation and strengthening of ink-corroded leaves and the
replacement of the current acidic 20 th century binding with a more sympathetic parchment
cover that is in-keeping with similar 16 th century manuscripts. Furthermore, a protective
enclosure was created to house the manuscript safely. We are truly honored and privileged
that as an Insurance company we have contributed to the conservation of these documents
and we look forward to support the Notarial Archives in the near future and not only in this
significant year for Malta and Valletta,” said Mark Mamo, General Manager of GasanMamo
Insurance. 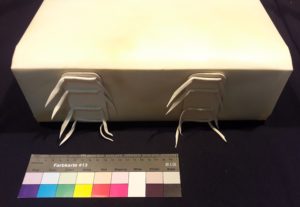 During its adoption scheme, the Notarial Archives Foundation has been tirelessly working to attract aspiring students to instill in them a passion for preserving our paper heritage. This has been a successful journey since this particular volume has been professionally treated by recently graduated book and paper conservators Chanelle Briffa and Simon Sultana Harkins, under the supervision of head conservator Dr. Theresa Zammit Lupi. Both were nurtured by the Notarial Archives Foundation and sponsored by the Office of the Chief Notary to
Government to follow rigorous training at West Dean College in the UK to be able to use their knowledge for the benefit of saving our country’s paper heritage for future generations.