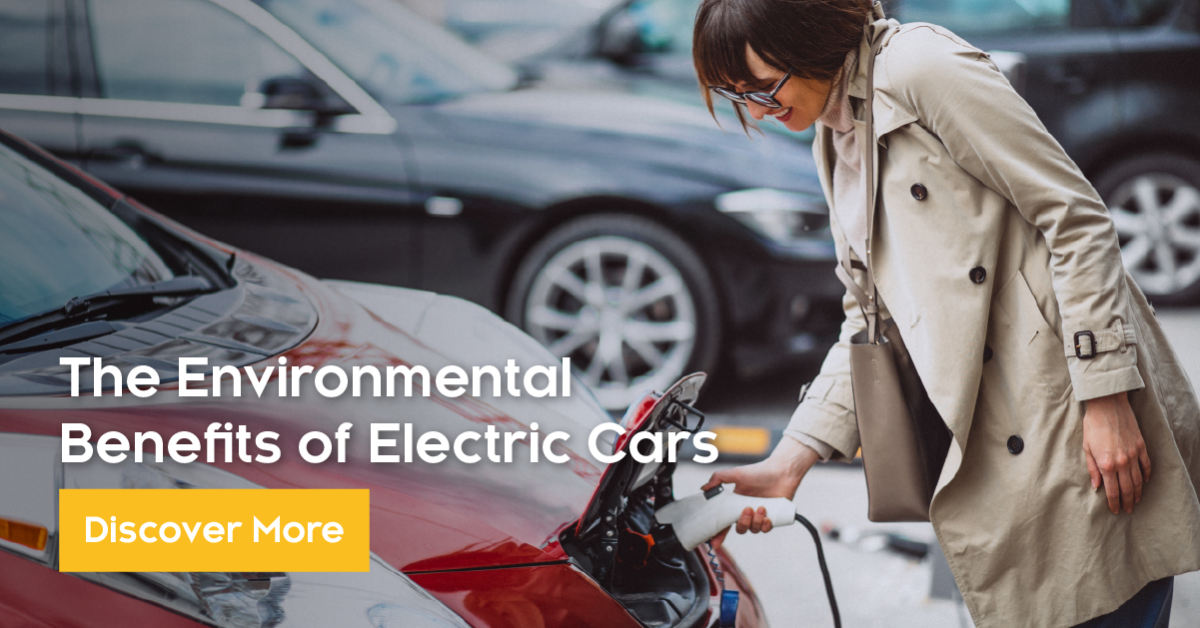 Over the last decade, we have witnessed a surge in electric car use across the world. In a study published in 2017, Comparethemarket had shown that car insurance for electric cars cost 45% more on average than other cars. Despite the extra cost, why would anyone be interested to go for electric vehicles, aka, EVs?

The primary reason for an EV switch is for the betterment of the environment. Every time you are hitting the road on a gasoline-run car, you are contributing to the soaring levels of greenhouse gases in the atmosphere. Electric cars serve as an energy-efficient alternative, therefore these can have profound environmental benefits.

How Electric Cars Improve The Environment?

Electric cars have zero tailpipe emission. They don’t exhaust harmful pollutants in the air, so the air quality of a city would improve substantially if more and more people begin to use electric vehicles. The best way to bring down the concentration of carbon dioxide in the air of a municipal area is to increase the number of EVs in the area.

To put this into perspective, only one active electric car can reduce the carbon dioxide emission level by 1.5 million grams. That is the same amount of emission that would result from a return flight from New York to London. So, just by choosing to drive an electric car, you would be making a massive difference.

Governments are already thinking about reducing the number of gasoline vehicles on the road. The United Kingdom has announced that it would impose a ban on selling petrol and diesel vehicles in 2040. The City of London Corporation has identified that 50% of the city’s air pollution originates from transports.

So, the predominant use of electric vehicles would boost the air quality to a large extent. This is the reason that the United Kingdom government has set its sight to increase the number of EVs on the road. Electric vehicles also happen to be quieter than their fossil fuel counterparts. Therefore, more EVs would bring down noise pollution too.

Does The Manufacturing Process Of Electric Vehicles Hurt The Environment?

We have already talked about tailpipe emissions, but that’s not the only way a car can inflict harm to the environment. We also need to consider the eco-friendliness of its production method. How much of a negative effect does the EV manufacturing process have on the environment?

Unfortunately, producing electric vehicles involves humongous amounts of energy consumption. In fact, manufacturing an electric car releases more detrimental elements into the environment than making a traditional car. The use of Lithium-ion batteries is the responsible factor here.

If you trace back the total amount of carbon dioxide emission caused by an EV, you would be able to attribute more than 30% of it to its production phase alone. The good thing is, EV manufacturers are trying to minimise the use of energy in making these cars, and they have had some recent breakthroughs.

More and more emphasis is being given on the reusing and recycling of used batteries. The researchers are trying to improve the efficiency of these batteries, so in the near future, the production of batteries should drop considerably despite the increase in using electric vehicles globally.

Is The Electricity Used For Powering EVs Eco-Friendly?

However, the European Energy Agency states that an EV can have 17%-30% less carbon footprint than a fossil fuel car, even if you compensate for the rise in emission due to increased electricity production. This number could be even higher if the electricity is sourced from natural gas sources instead of carbon.

Cole is the most commonly used element to produce energy. But, because of its high carbon dioxide emissions, countries are moving towards greener alternatives. Europe, for instance, now only has 256 coal-based power plants. Whereas in 2016, there were more than 300 operational coal power plants in the continent.

EVs Would Boost The Growth Of The Renewable Energy Market

Electric vehicles will automatically lead to an increased demand for renewable energy. If EVs become more mainstream, it would prompt people to become more aware of their use of energy, which would ultimately bring renewable energy sources to prominence and lead us to a greener future.