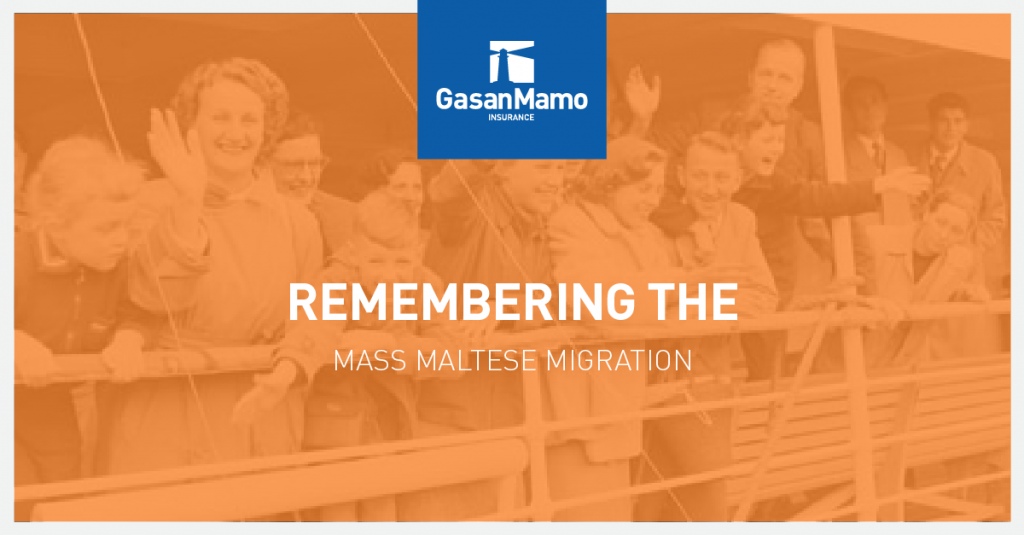 It is said that more people of Maltese descent live away from our shores than live here natively, with the largest communities of Maltese emigrants in existence living in Canada, the UK and Australia.

The Maltese started to emigrate during the 19th Century. The first place they settled was the North African coast, particularly in Tunisia, Algeria and Egypt. Most of these communities have since been displaced following the rise of independence movements in those countries as their peoples wished to secede from their colonial masters.

At the turn of the 20th Century, Maltese people began to trickle into Canada, Australia and the UK. The inter-war years saw some 15,000 Maltese leave their homeland for the big industrial cities of the US, primarily Detroit. However, the mass emigration that’s clearly entrenched in our country’s collective memory began to take place post-World War II.

Australia was the primary recipient of Maltese immigrants in the post-war years, with over 66,000 leaving our shores between 1946 and 1970. In fact, some 57.6% of all people to emigrate from Malta during those years headed for Australia. Over 140,000 people emigrated during those years in total – a staggering 30% of the entire population.

It was the Maltese government itself which catalysed the mass exodus through its Emigration Department. It paid emigrants’ passages to their adoptive countries, which was undoubtedly a great incentive for leaving Malta.

The advent of oil-fired shipping during the 1940s had meant that ships no longer had to stop for refuelling at Grand Harbour, Malta’s economic hub at the time, seriously impacting the island’s economy. In addition, a decline in the island’s strategic importance following the end of World War II meant that work was increasingly hard to come by.

In this context, we can appreciate just how appealing boarding a ship taking you half way around the world, possibly never to return home, would have been.

Although Malta is actually more populated nowadays than it ever was, there was a perception that the island was heavily overpopulated in the post-World War II era which, in combination with the state of the economy, also made leaving Malta the best prospect available for many people.

A Phenomenon Comes to an End

The mid-1970s saw the decline of mass emigration from Malta, although people still leave our shores for new opportunities to this very day. In the 21st Century, probably the most significant emigration of Malta people has occurred in Belgium and Luxembourg as they took up employment at EU institutions.

We are unlikely to ever see another mass migration phenomenon in our history, but nevertheless, here’s to all who took the plunge into the unknown, succeeded and proudly fly our flag in far-flung destinations today!