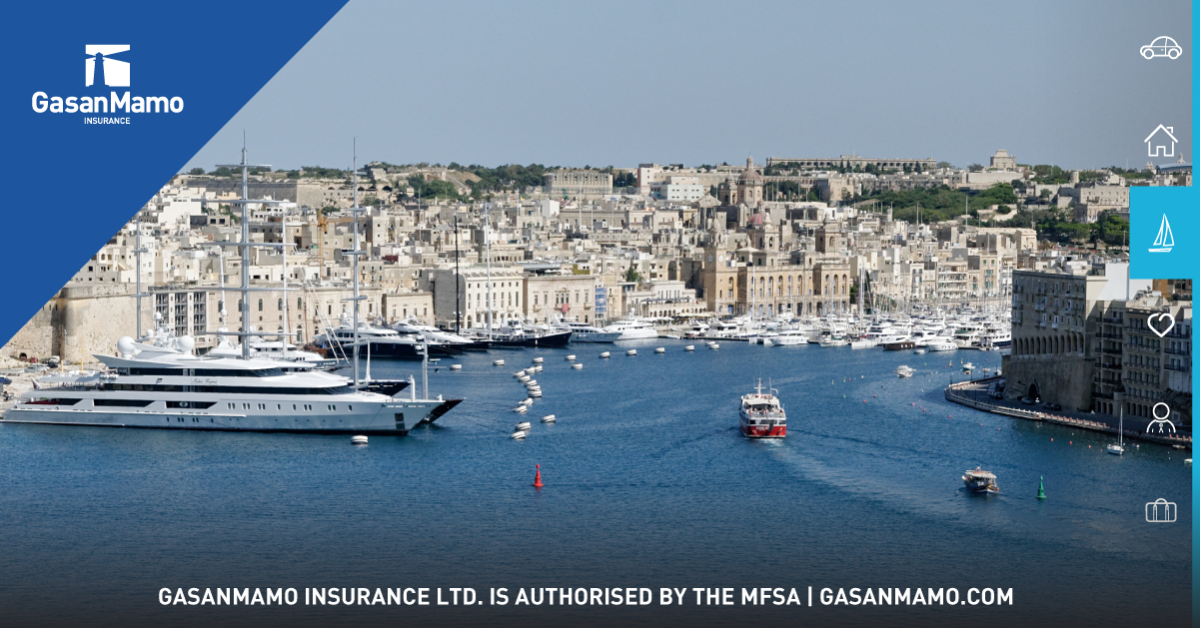 The country of Malta is renowned for its stunning views, fascinating history, and beautiful coastline.

There is also another aspect to the island which is well worth considering: the wealth of wonderful harbours available to explore.

Here are the top three must-see harbours on any trip to Malta!

Marsaxlokk is a small fishing village, found in the South-east region of Malta.

It’s very name denotes on the importance of the fishing harbour to the area; with “marsa” meaning port, and “xlokk” meaning south east: the very title centres around this feature, and indeed, most of the fishing in Malta occurs here.

The harbour and port is alive with a rich history, having been the largest on the island since antiquity, with the Phoenicians using this port to land on Malta in the 9th century, and dedicating their own temple to Astarte.

The Romans, and later the Arabs, also used the harbour for safe anchorage. The Ottomons later followed suit in 1565 when they arrived to lay siege to Malta.

Archaeologists have discovered evidence of Neolithic activity on the site, and it appears to have been in continuous use throughout much of human history.

The harbour serves as a crucial point to the rest of Malta: most of the islands fish comes from this port, giving this village a lot to be proud of!

Discover some of the finest fish restaurants in Malta, and unwind after dinner with a walk around the stunning harbour, which includes a number of private and untrained opportunities for a refreshing swim should the mood take you!

Easily accessible by both car and public transport, this rich, vibrant site is one not to be missed. 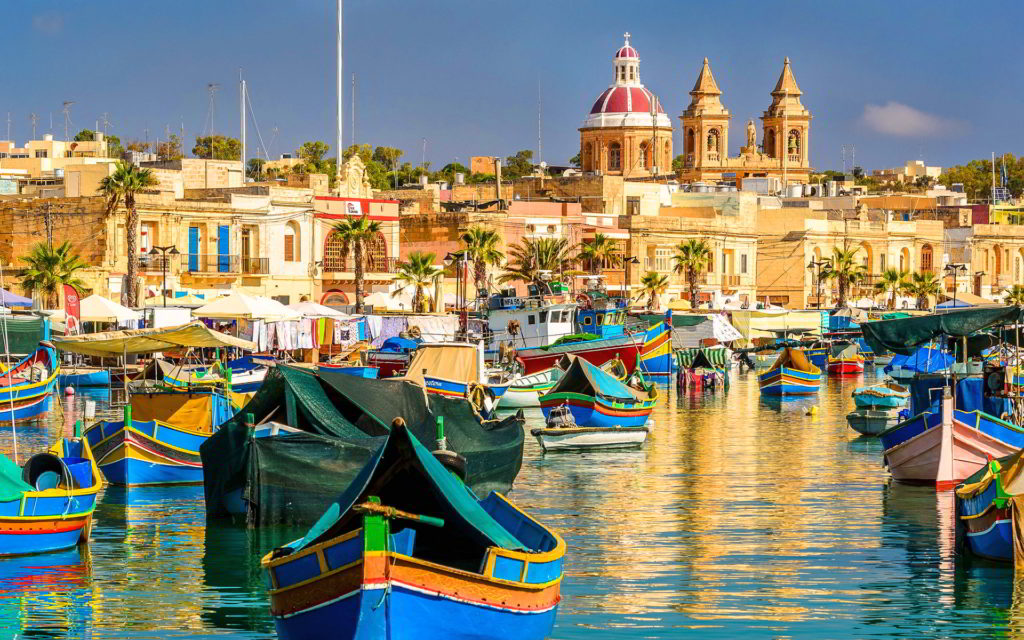 Also known as the Port of Valetta, or the Valetta Harbour, the Grand Harbour is Malta’s pride.

This natural harbour has had a complex history with many changes and modifications to its name, and sits beneath the city of Valetta and the Three Cities of Cospicua, Vittoriosa and Senglea.

Used as a port since at least the Roman period, the Grand Harbour would have played a significant part in conflicts which occurred at sea, including disputes over power and the ever-changing feudal lords.

When the Order of St John arrived in Malta on 26th October 1530, there began a period of development around the harbour, with the creation of the fortifications, many of the quays and warehouses which we still see stay.

Malta stood in a prime location in the centre of the Mediterranean, located in a strategic gateway between East and West, and so the Grand Harbour became quite a hub of political power.

A visit today will give you a sense of the wonder and history of the harbour, as well as stunning views of Fort St Angelo, the Three Cities, and Fort Ricasoli, as well as an opportunity to work up an appetite in the crisp sea air.

From the Grand Harbour, one can also see the Portomaso Marina to the north, which provides opportunities for great food, leisure, and relaxation. 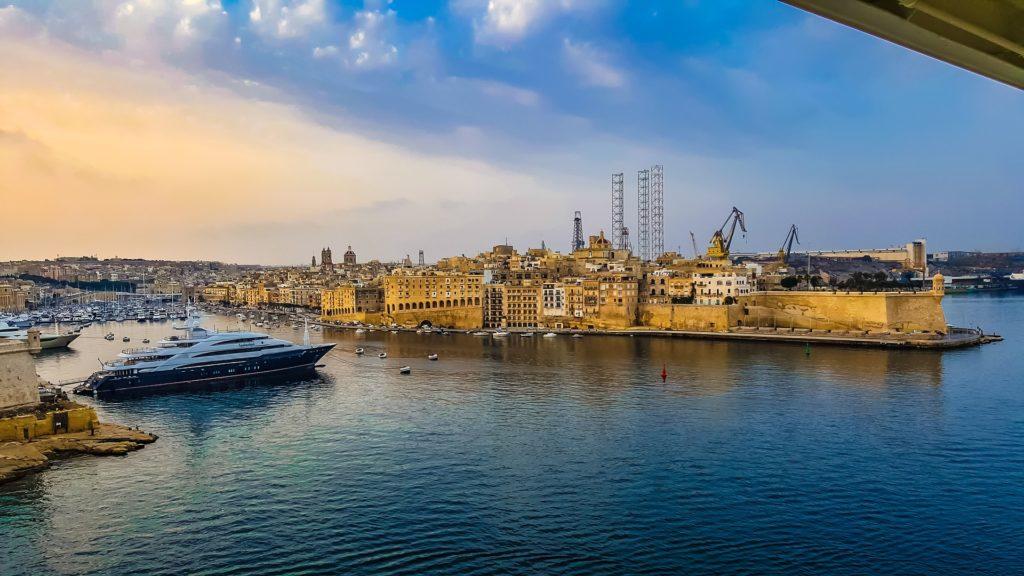 For a change of tone, head to St Julian’s Bay for a buzzing, vibrant and busy scene. A key spot for tourists, the town of St Julian’s boasts a number of hotels, restaurants and nightlife, all overlooking fantastic ocean scenes, and the Bay.

Also close to the luxurious Portomaso Marina, and the nearby settings of Paceville and St. George’s Bay. This spot really has something for everyone, from fine dining to trendy nightclubs.

A place of contrasts, the area also allows you to take a break from modern life with a trip to Spinola Bay. This traditional fishing bay transports you back in time, with brightly coloured fishing boats, traditional architecture, and an overall sense of peace and quiet.

Take a walk through the beautiful harbour and enjoy the tranquillity of a time gone by, while taking in the picturesque views surrounding you on every side.

Pick one of the many waterside bars or cafes, and watch the many boats cruising on the river, the people passing by, going about their business, or just enjoy soaking up the environment.

By contrast, head a few miles up the road to the buzzing St George’s Bay, a popular beach with a focus for entertainment and family, with a range of nightclubs and bars available, as well as more family friendly restaurants, shopping centres and cinemas, to make sure everyone is having fun! 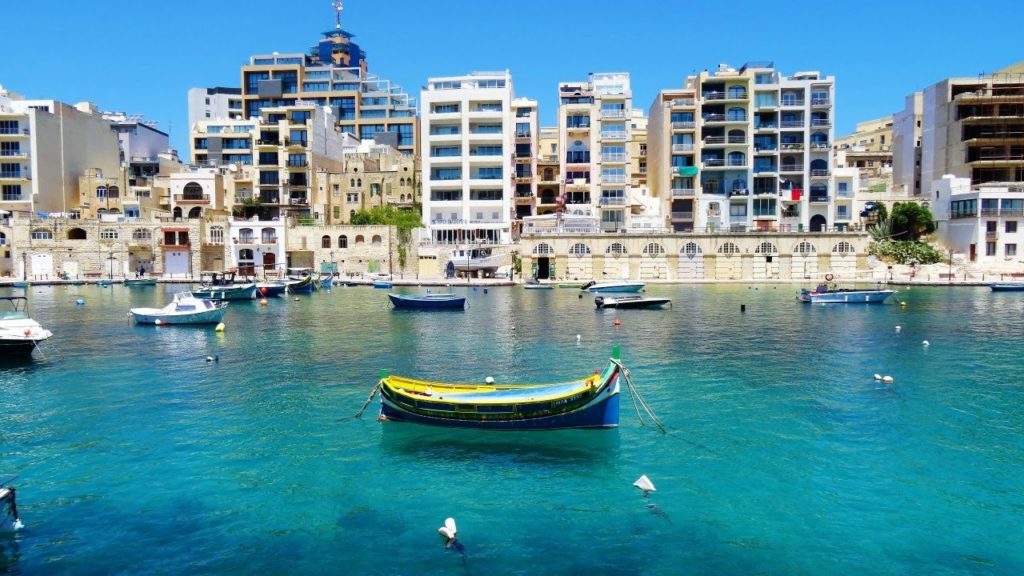 Malta is an island with an incredible range of sights, seas, and things to explore. There are a number of other picturesque and fascinating harbours, but these certainly make it to the top three!

With a combination of lively atmosphere and peaceful tranquillity, of buzzing modern architecture and traditional fishing spots, Malta really has something to offer every type of visitor, from family tourists to those looking for history and culture, and including those looking for a holiday of fun, music and good times.

Whatever you are looking for, head to one of the pretty harbours of Malta and begin an adventure!