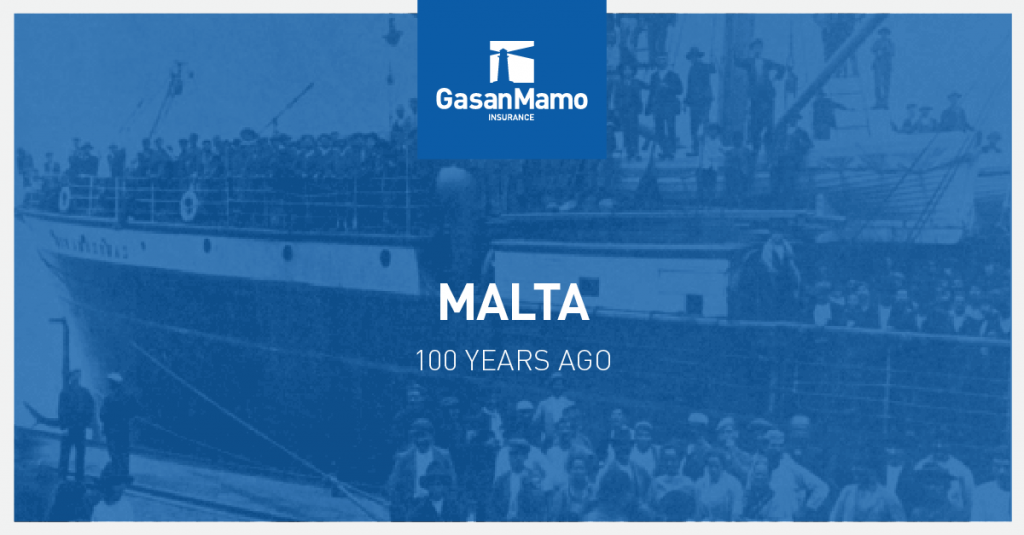 If we look back 100 years into Maltese history, that takes us back to 1915. Back then, World War I, also known as the Great War, was raging across Europe following the assassination of Archduke Franz Ferdinand of Austria in June 1914.

On 19th and 20th January 1915, a general election took place under the Chamberlain Constitution, which had been in place since 1903.  This Constitution saw nine members, forming the Council of Government, being chosen by the colonial Governor of Malta, with a further eight seats being up for grabs by Maltese elected members across eight single-member constituencies.

Two of the eight seats remained uncontested, while a man by the name of Cikku Azzopardi won a seat in two of them, resulting in a by-election which was held in March 1915. A mere 7,907 people were registered to vote at the time.

The first-ever flight over Malta also took place on 13th February 1915. The aircraft was a Shorts 135 seaplane, which was on its way to do battle in the Dardanelles aboard the HMS Ark Royal – the world’s first-ever dedicated aircraft carrier. The seaplane was piloted over Grand Harbour, meaning that 2015 marks the first 100 years of Maltese aviation.

The Nurse of the Mediterranean

As the war intensified, Malta gained a reputation as the “Nurse of the Mediterranean” due to the massive influx of wounded soldiers, tens of thousands of them, pouring onto the island for treatment. Many hospital ships were moored along the island’s quays to assist with tending to the sheer numbers of men.

In the midst of all this, a large percentage of the Maltese population lived in poverty and was uneducated. By 1915, the economy had been stagnant for about 30 years, as had wages. Child beggars lined the streets of urban Malta, sent on to the streets by their illiterate parents to beg for some extra money.

Hygiene standards were also relatively primitive at the time, resulting in the occasional cholera and fever scares. The most common ailment, however, was trachoma, which wasn’t eradicated from the island until the 1940s.

While a few hundred people graduated from the University each year, there wasn’t really any work for them. Many of them took to the political arena just for the sake of having something to do with their time. The one exception for the professional classes was the requirement for doctors to tend to mass influx of wounded Allied troops arriving each day.

It goes without saying that Maltese life in 2015 is much better than it was in 1915. This piece is dedicated to all the men and women who lost their lives during the Great War.