Home » Blog » When the Computer Came to Malta 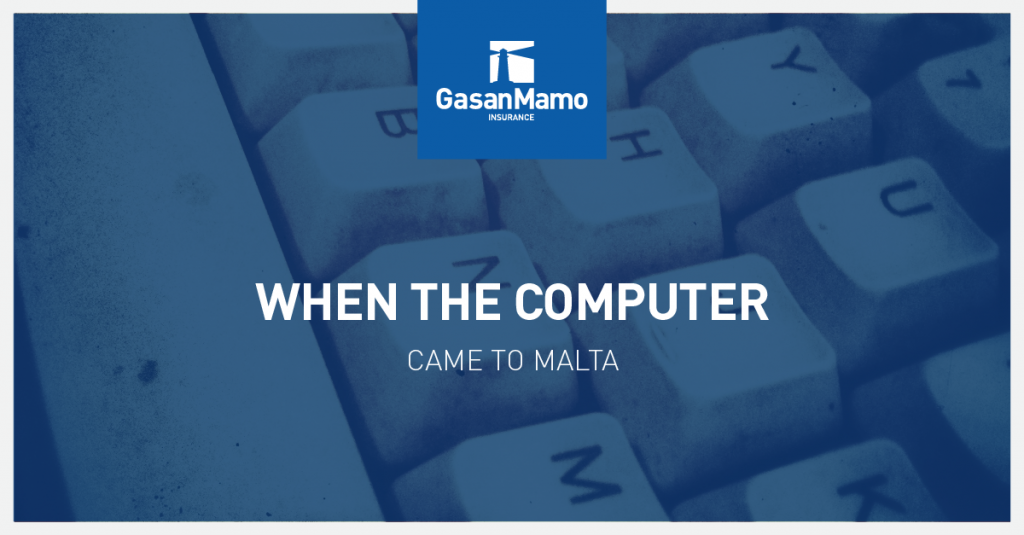 Computers are such a big part of our daily lives that it now seems hard to imagine a time before they were around. The same goes for the insurance business – computers have revolutionised the way we go about our operations, as well as helping to speed up and better perform administrative tasks.

They first came to Malta in the 1970s, with the University and various research centres being their first recipients, however the use of computers at home was still unheard of due to the exorbitant cost of the emerging new systems.

Personal and home computer use in Malta began during the 1980s. Many of the systems in use weren’t yet standalone personal computing systems – in fact, they hooked up to a television set.

While the cost of the first PCs coming onto the local market remained high for home use, they eventually consigned the old home computer systems by the likes of Atari and Commodore to history.

Gaming was arguably the catalyst for PCs gaining a foothold in Maltese homes, as youngsters all hankered to play the latest game on the new systems. By the beginning of the 1990s, the local market was booming despite newer computer models being slower to come to it.

A game-changing operating system revolutionised computer usage the world over in 1990, and this also applied to Malta. We are referring to Windows, which dominated personal computing for the following two decades.

Back then, computers running the Windows operating system were basically clones of each other, using more or less the same architecture, just made by different manufacturers. They became better and better-equipped year-on-year, with previous models becoming out-dated at lightning speed. However, while one big change to personal computing had just taken place, another was quickly to follow.

Internet access became commercially available in Malta in 1995, with dialup being the first form to take hold. As the year 2000 rolled round, broadband connections offered by the local telecoms giants began to become commonplace nationwide.

The first decade of the 21st Century saw the beginning rise of the smartphone in Malta, as well as the re-emergence of Apple as a serious technological contender to offerings which ran using Windows operating systems. Internet upload and download speeds also continued to improve rapidly.

Mobile computing and the smartphone rising to further prominence in the early 2010s have been the main reasons for PC sales declining both locally and internationally. Who knows? We may be at the start of a new revolution, just like we were when the PC took off back in the second half of the 1980s.