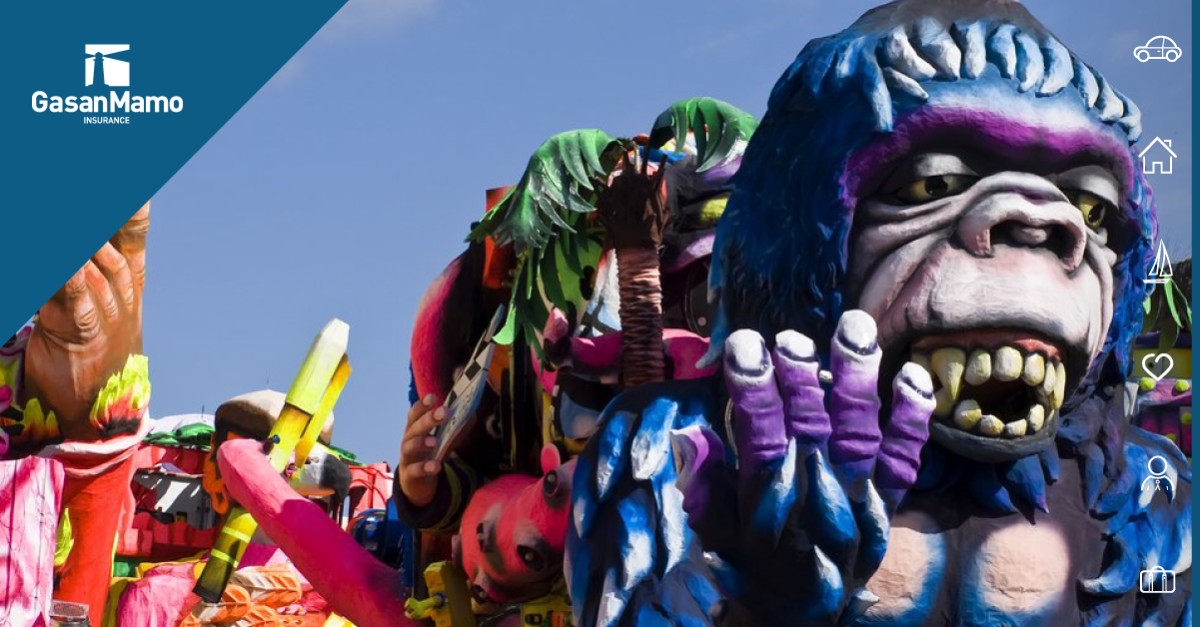 February in Malta is synonymous with one thing. No, we’re not talking about Valentine’s day – Malta + February = Carnival! Carnival in Malta takes place as a week of festivities in the build up to Ash Wednesday, with many events, celebrations and traditions taking place across the Maltese islands.

A (brief) history of carnival in Malta

The Maltese carnival dates back to the 15th Century, but it wasn’t until 1535, just five years after the arrival on the islands of the Order of St. John, that it really received a major boost, when it was introduced to the islands by Grand Master Piero de Ponte – and it has remained a staple of Maltese culture and tradition ever since.

Carnival in Malta was synonymous with masked balls, costume and grotesque mask competitions, colourful ticker-tape parades with many floats poking fun at the popular culture of the time, late night parties and marching bands.

Things started getting out of hand, and Grand Master de Ponte came down hard on the knights, limiting festivities to tournaments and military exercises which would have proven vital for training for the battles against the Turks.

Today, many traditions remain true to their roots – defined with loud, colourful parties in Nadur, in Malta’s sister island of Gozo; and colourful parades and floats through the streets of Valletta – and everything in between!

It’s Malta – of course every tradition has its own special food to accompany it. In the build-up to Lent, where sweets are traditionally given up as part of a Lenten sacrifice, the Maltese love indulging in special carnival sweets like Perlini – sugar coated almonds that come in a variety of pastel colours.

Another Maltese favourite is the traditional Prinjolata – a dome-shaped sponge cake, filled with almonds, biscuits and citrus fruits, topped with cream and pine nuts – and decorated with melted chocolate and cherries.

Valletta & Floriana – a carnival for the family

By far, the largest celebration of Carnival takes place in the streets of our Capital city, Valletta, and the neighbouring town of Floriana. It’s not unusual to see children of all ages dressed in costumes – ranging from pirates to Elsa from the Disney hit Frozen.

Marching bands with costumed performers march through the streets accompanying many colourful floats. The dancing of the parata, a lighthearted re-enactment of the victory of the Knights over the Turks, is something you won’t want to miss.

Another tradition is the kukkanja – introduced in  1721 by Grand Master Marc’Antonio Zondadari, traditional a selection of hams, sausages and even live produced are hidden under a mountain of leaves and branches – whoever found the provisions got to keep them. Today, this has been adapted to suit modern needs with participants climbing up a greasy pole to win cash prizes.

Carnival is not just an event for the family and children. Many young adults opt to spend carnival weekend in the Gozitan village of Nadur – where a darker, more risqué carnival celebration takes place.

The Nadur carnival starts off similarly to its Maltese counterpart, gradually turning into a giant street party. Costume themes include cross-dressing, political satire and revellers dressed as clergyfolk.

It is not uncommon for groups of young people to make their way to Gozo for a long carnival weekend, often filled with various parties and alcohol.

What’s right for you?

Whether you’re looking to indulge in an afternoon of culture or partake in one of the many carnival parties that are bound to crop up – the festivities are limitless. Looking for something a bit more toned down? Many villages in Malta organise their own, smaller carnivals. There really is something for everyone!