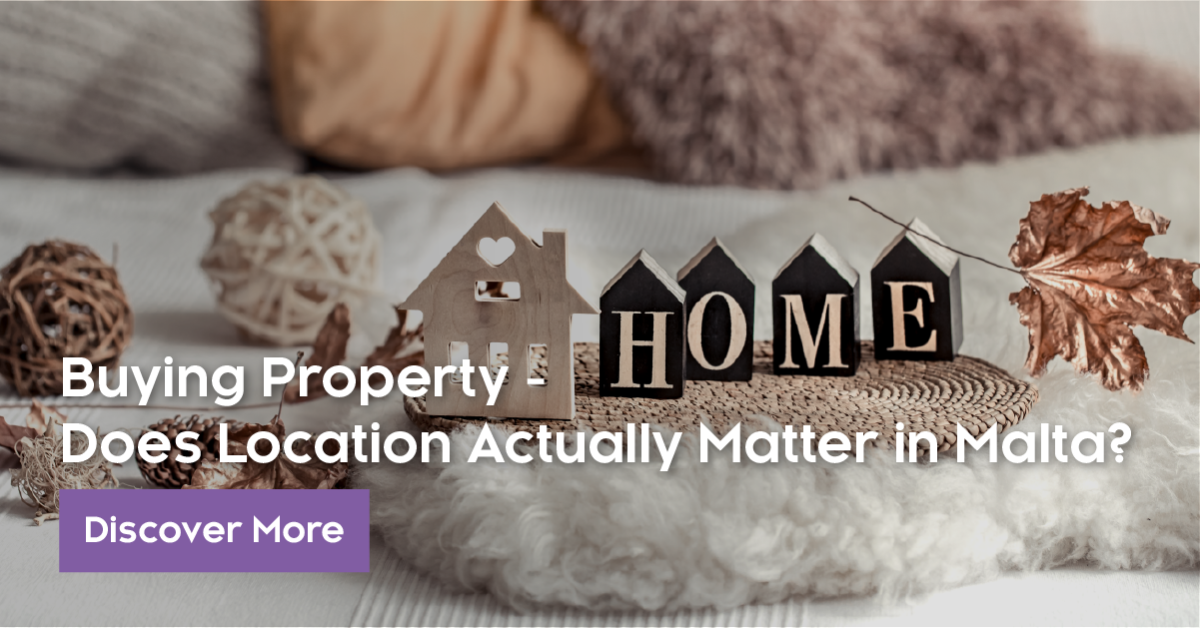 Malta’s global reputation is undergoing a transitional phase. From a tourist haven blessed with natural elegance and rich history, it is taking the shape of an enticing investment opportunity. Exciting home and landlord insurance facilities have resulted in a surge in property investment in the Mediterranean country.

Malta is a small country. It encompasses three islands on the Mediterranean sea and takes up only 316 square miles of land. That’s roughly 27 square miles larger than the city of Reno in Nevada. Being so closely located to each other, almost all locations in Malta would seem equally alluring in an investor’s eyes.

As Malta has become a tourism hotspot, investing in land anywhere would give you excellent returns. While the ongoing coronavirus crisis has somewhat dwarfed the tourism industry worldwide, the arrival of potential vaccines could mean that normalcy is about to return to the tourism scene.

If that’s the case, then Malta is the best place to buy land at the moment. A surge in tourist traffic would definitely catapult the property prices in the region. If you can take advantage of the current subdued market, you would be making profits way beyond your expectations.

Comino is one of the three islands that constitute the nation of Malta. However, that island is barely a few miles in size and it’s unlikely that you would be able to find any investment-worthy property there. It’s a beautiful island and a popular tourist destination, but it’s very small.

That leaves the other two islands as investment opportunities-Malta and Gozo. Valletta is the capital city of Malta and a UNESCO World Heritage Site. It is a city full of historical landmarks, which makes it a very inviting investment prospect. The city regularly hosts huge events like concerts and exhibitions.

The island of Gonzo is the greenest part of the country. It also has its fair share of historical sites. Combined with endless patches of greenery, Gozo seems to be the manifestation of heaven on earth. Valletta, Mdina, Saint Julian’s, Birgu, Senglea-almost all places in Malta make a strong case for themselves as investment potentials.

Why Invest In Malta?

Malta is a beautiful archipelago. It rests gracefully in the ever-magnificent Mediterranean, enclosed by blue seas, and relishes no less than 300 days of sun annually. Malta is an attractive investment choice for a handful of reasons. Companies or private entities-Malta seems equally appealing to all.

Maltese, alongside English, is recognized as the official language in Malta. This lingual advantage is prompting overseas companies looking for an European outlet to come to Malta. The favorable tax structure has also attracted many foreign nationals and businesses into laying roots in the country.

The island’s geographical location also gives it a strategic benefit. The operating cost is lower here compared to other European nations. And, it sits in an ideal position on the map from where transshipment and distribution around the globe would be much easier. The infrastructural integrity of the country is also desirable to investors.

Why Live In Malta?

The Global Wealth Migration Review in 2019 announced Malta as the second safest country in the world for women and children and the safest in all of Europe for the second successive year. United Nations University Institute for Environment and Human Security, hailed Malta’s natural disaster response infrastructure.

In the study, Malta came second after Qatar for its natural disaster management and rehabilitation program. Therefore, it has managed to keep natural calamity induced damages to a minimum over the years. This is a very assuring detail for a country surrounded by a sea.

The climate is excellent with regular sunlight and amicable temperatures. On top of that, the crime rate is very low. All these factor in to make Malta one of the best places to raise a family. The healthcare system of the country ranks fourth globally, which should also work as an incentive to live there.

Malta served as a role model for the rest of the world as it managed to flatten the curve without sanctioning a full-on shutdown of its economy. Because of its brilliant management of the coronavirus, Malta promises to be one of the fastest-growing economies of the world in 2021.

The fear of a second outbreak persists, but Malta’s previous handling of the virus indicates that it would be able to keep the virus contained once again. The policymakers are confident they would be able to uphold the progress Malta made. Therefore, Malta looks to be an excellent place to live or invest in right now.